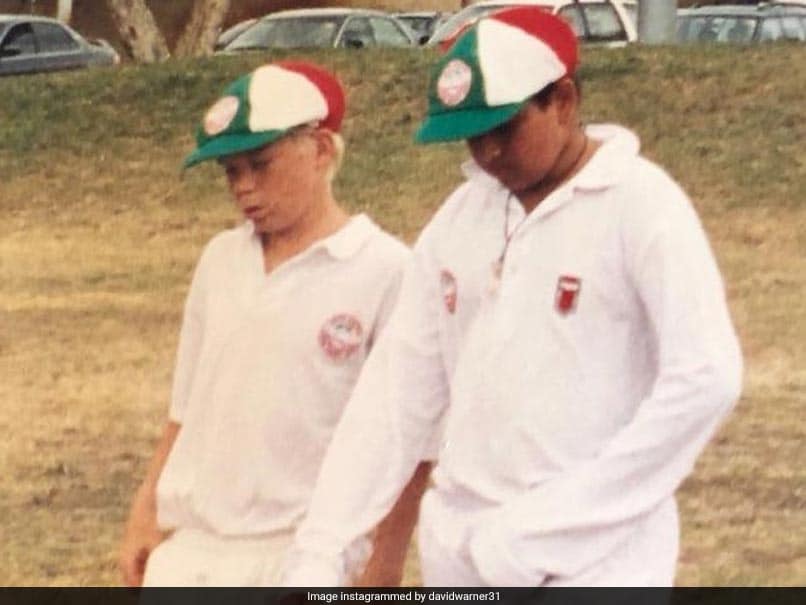 Australian cricket team batter David Warner got a bit nostalgic on social media on Thursday, sharing childhood pictures of himself and teammate Usman Khawaja in their cricketing whites. Khawaja can be seen wearing a colorful cap while Warner, on the other hand, seemed totally unrecognisable with his blonde hairdo. The post was captioned, “The 90s just seemed way easier @usman_khawajy #cricketer #ashes #friends #brothers.” Both Warne and Khawaja opened the batting for Australia against England in the fifth and final Ashes Test being played at Hobart.

Warner, who has been in sizzling form in the ongoing Ashes series, was dismissed for a duck by Ollie Robinson after England won the toss and elected to bowl.

Khawaja had also made his mark in the fourth Test match at the Sydney Cricket Ground.

Left-hand batter Khawaja scored twin centuries (137, 101*) on his return to the longest format, something which made selection of the team hard for skipper Pat Cummins for the 5th Test.

Meanwhile, Warner stands third in the list of top run-getters in the Ashes series with 273 runs. The list is currently topped by Marnus Labuschagne with 286 runs followed closely by England captain Joe Root with 277 runs.

Eventually, a struggling Marcus Harris had to make way for Khawaja at the top of the order in the Hobart Test.

Australia won the Ashes series after the first three Tests itself and came quite close to making it four wins out of four in Sydney.

But England last-wicket pair of James Anderson and Stuart Broad defended for their lives as the visitors managed to eke out a draw.