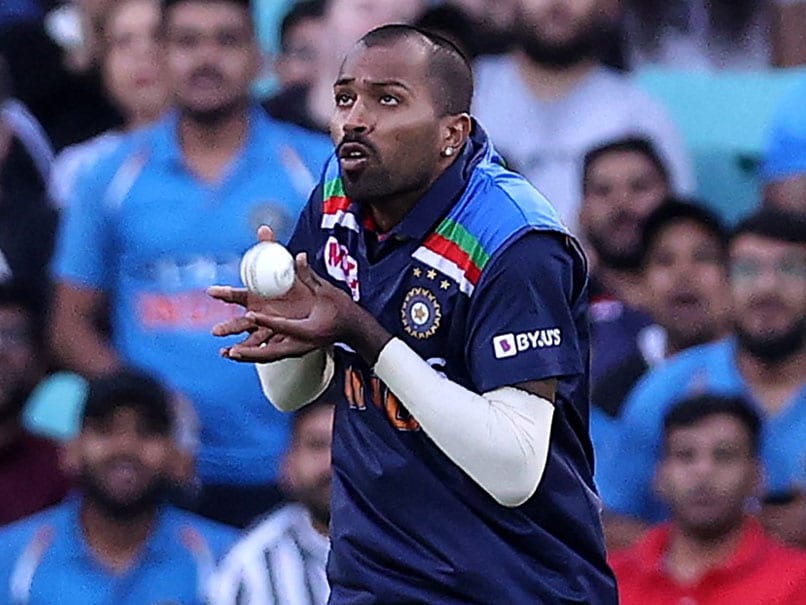 Speculation is rife on whether Hardik Pandya would remain a part of India’s squad for the T20 World Cup or be dropped before the October 15 deadline. The rumours regarding Hardik possibly facing the axe from the squad have been doing the rounds after the Mumbai Indians (MI) all-rounder did not resume bowling during the UAE leg of Indian Premier League (IPL) 2021. The 28-year-old India star was restricted to batting duties in the UAE and didn’t bowl as he continued his recovery from an injury.

According to former India opener Aakash Chopra, Hardik is unlikely to make the cut for the tournament if he is unable to bowl.

According to Chopra, India would need pace options in the UAE and Hardik’s unavailability to bowl would severely restrict the team’s options.

“There are discussions on whether Hardik Pandya should be in the 15-member squad. That’s the rumour mill, which is very, very active right now,” Chopra said on his YouTube channel.

“There are two things here. Firstly, when the Indian selectors picked Hardik, they did so thinking that he would be bowling. That’s why they named only three fast bowlers in the squad. Hardik was supposed to be used as the fourth bowler,” he explained.

“I am told, I don’t know for sure, that the selectors were given a guarantee Hardik would start bowling soon. But Rohit Sharma recently confirmed that he hasn’t bowled a single ball yet. So, he’s not bowling and his batting form is absolutely absent. So he might not be in the team,” he added.

Given Bhuvneshwar Kumar’s indifferent form, Chopra said that he wouldn’t be surprised if Shardul Thakur is added to the squad in place of Hardik.

“Things can change so radically. Six months back I was saying that he (Hardik) is our most valuable asset. But six months since, it feels like he won’t even be part of the team and you won’t be surprised if Shardul Thakur comes in,” he said.

“The balance of the side has been affected because you have three pacers, from which Bhuvneshwar’s form is 50:50 and you have (Jasprit) Bumrah and (Mohammed) Shami,” Chopra added.

“If you want to play a third pacer – because you are playing your matches in Dubai and Abu Dhabi – then you might need pace. Where is the pace? That is the point. So it’s possible that Hardik’s name could be missing (from the final squad). India have time till October 15 to make the change. It would be sad (if Hardik is left out), but it could happen.”