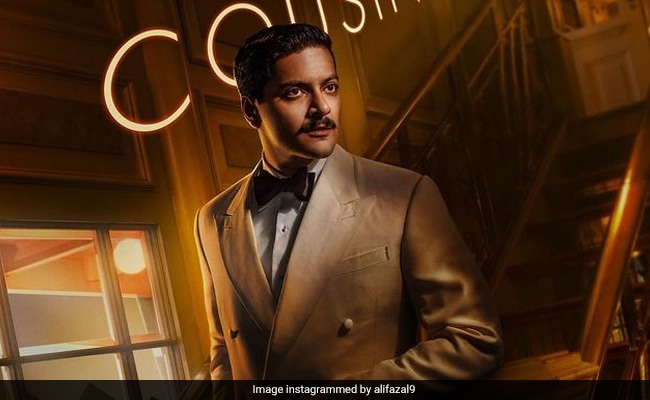 Ali Fazal in Death On The Nile. (courtesy alifazal9)

Ali Fazal, who will star in Death On The Nile, shared the posters of the film’s cast on his social media account on Wednesday. The actor shared his poster, in which he can be seen dressed in formals and the caption on the poster read: “Ali Fazal the cousin.” He also revealed that the film will release in theatres in February. He wrote: “One month to go! All aboard the Karnak! Here’s a glimpse of who you will meet. All aboard! In one month, Death On The Nile arrives exclusively in theaters February.” The film’s cast is headlined by the film’s director Kenneth Branagh, who stars as Hercule Poirot, the renowned detective who is on board to solve the mystery, and Wonder Woman star Gal Gadot, who has been cast as Linnet Doyle, the murder victim.

This will be Kenneth Branagh’s second outing as Hercule Poirot after 2017’s Murder On The Orient Express, which was also an adaptation of Agatha Christie’s classic novel of the same name.

This is not the first time that Ali Fazal is a part of an international project. He starred in the 2017 biographical comedy-drama Victoria And Abdu, in which he shared screen space with Dame Judi Dench. Ali Fazal also had a cameo appearance in Furious 7.