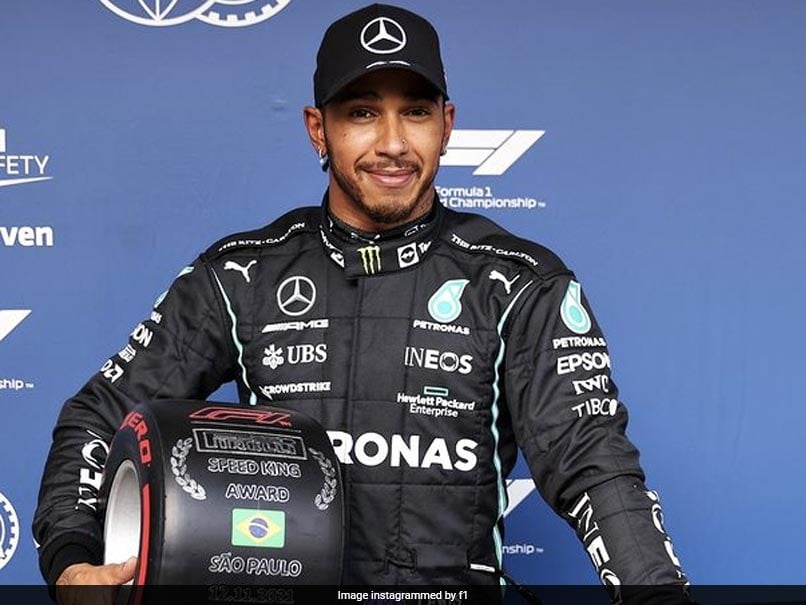 World champion Lewis Hamilton on Friday dominated qualifying at the Brazil Grand Prix but then found himself facing demotion to the back of the grid for Saturday’s sprint race after Mercedes were placed under investigation for a potential breach of technical rules. Hamilton edged out title rival Max Verstappen for first place on the grid for the 24-lap sprint which in turn decides the starting order for Sunday’s race at Interlagos. However, race stewards were investigating whether or not the DRS system (the flap mounted on the rear wing of the car which opens to gain top speed) had exceeded allowed limits.

Mercedes were summoned to a hearing but late on Friday the stewards said it was adjourned until Saturday morning as they await further evidence.

Seven-time world champion Hamilton, who trails Verstappen by 19 points in the title race, had already been hit with a five-place grid penalty for Sunday’s main event after the engine was changed on his Mercedes.

“I’m so happy to be back in Brazil. Just a big thank you to all the team, they’ve been working flat-out. Today was a really good qualifying,” said Hamilton before the investigation was launched.

“It’s been so long — it’s like the first time,” added the 36-year-old who had not set the fastest time in qualifying since Hungary in August.

However, aware that Verstappen has won the last two races in the United States and Mexico, he added to Sky Sports, “I don’t know how we can go from one track where they are half a second quicker to this.”

The Briton posted a fastest time of 1min 07.934sec, four tenths quicker than his Dutch rival.

“When they take a new engine naturally they have a bit more power for the weekend, so for me it’s not a big shock,” said Verstappen.

“I’m just happy to be second. It’s a good position to start from – we want to be closer, but sometimes you have to be realistic and I don’t think there was any more in it. There’s not that many points in the sprint race so I hope to have good first lap and of course start from first on Sunday,” he added.

The two title rivals’ right-hand men Valtteri Bottas and Sergio Perez will start on the second row on Saturday.

Earlier on Friday, Mercedes announced that Hamilton would be penalised five places on the grid after his fifth new engine of the season.

“Lewis has taken a new Internal Combustion Engine for this event – his fifth of the season – and will take a five-place grid penalty for Sunday’s #BrazilGP,” his Mercedes team tweeted.

His latest five-place sanction, however, will not apply in Saturday’s sprint.

Despite the impending penalty, Hamilton was also fastest in opening practice Friday with Verstappen at 0.367sec behind.