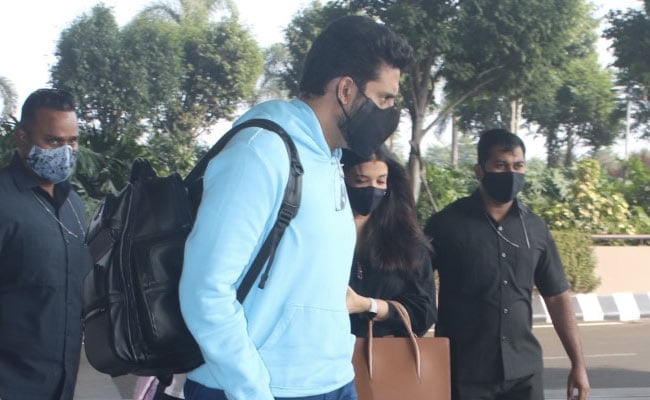 Abhishek Bachchan and Aishwarya at the Mumbai airport.

Aishwarya Rai Bachchan, along with her husband Abhishek and daughter Aaradhya, was photographed at the Mumbai airport on Saturday morning. The family of three was photographed while making their way to the airport. The Bachchans have been papped at the Mumbai airport quite frequently in the last few months. A few months ago, the family flew to Paris for the fourth edition of Le Defilee L’Oreal Paris, an outdoor runway show hosted by the Paris Fashion Week. After which, they went to Dubai for Aishwarya’s work commitments. 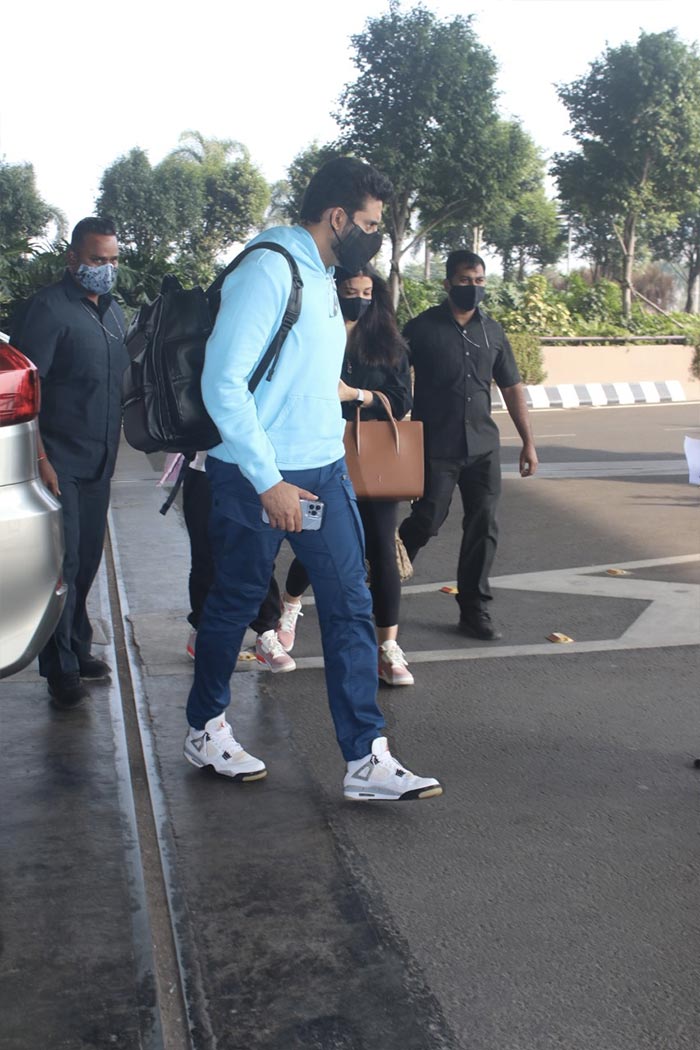 Abhishek with Aishwarya at the airport. 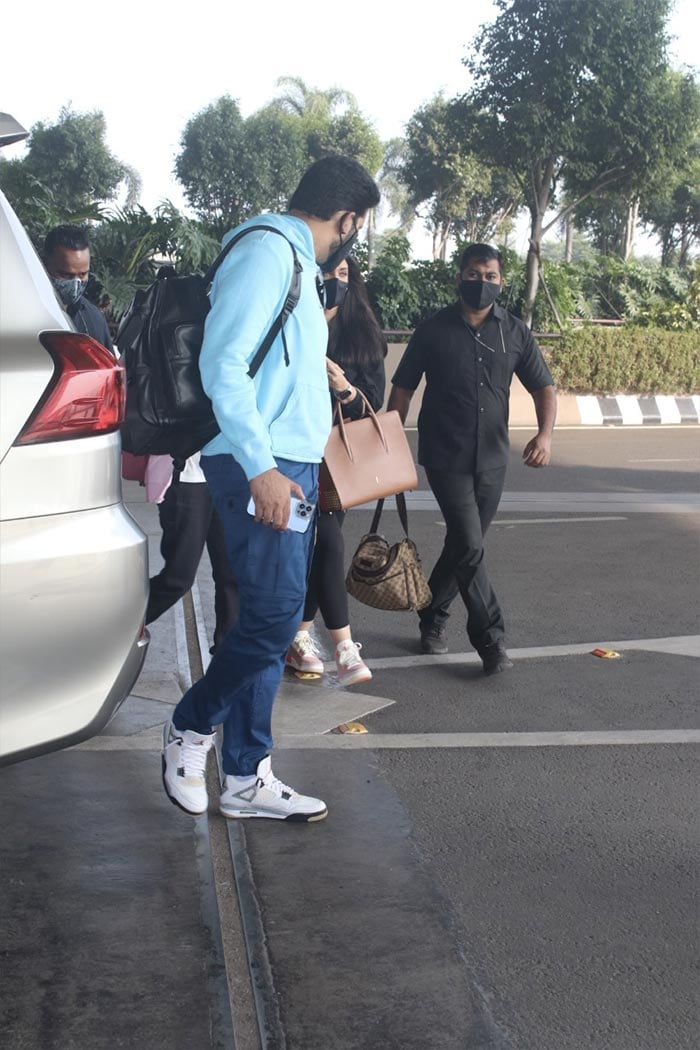 Another picture of Abhishek and Aishwarya. 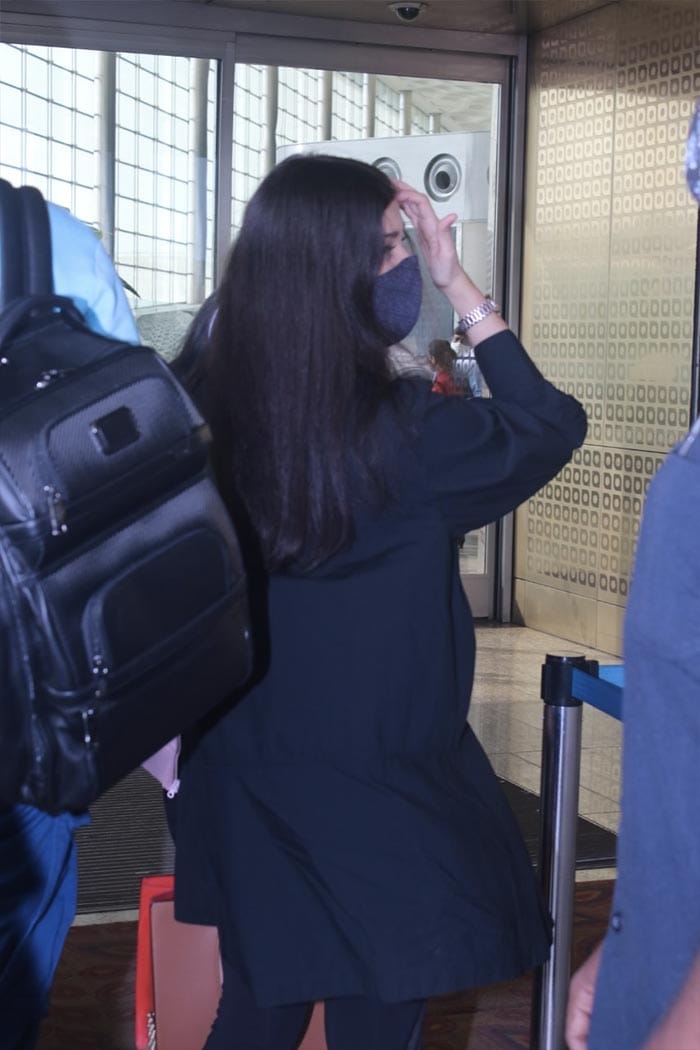 We got a glimpse of Aishwarya Rai Bachchan. 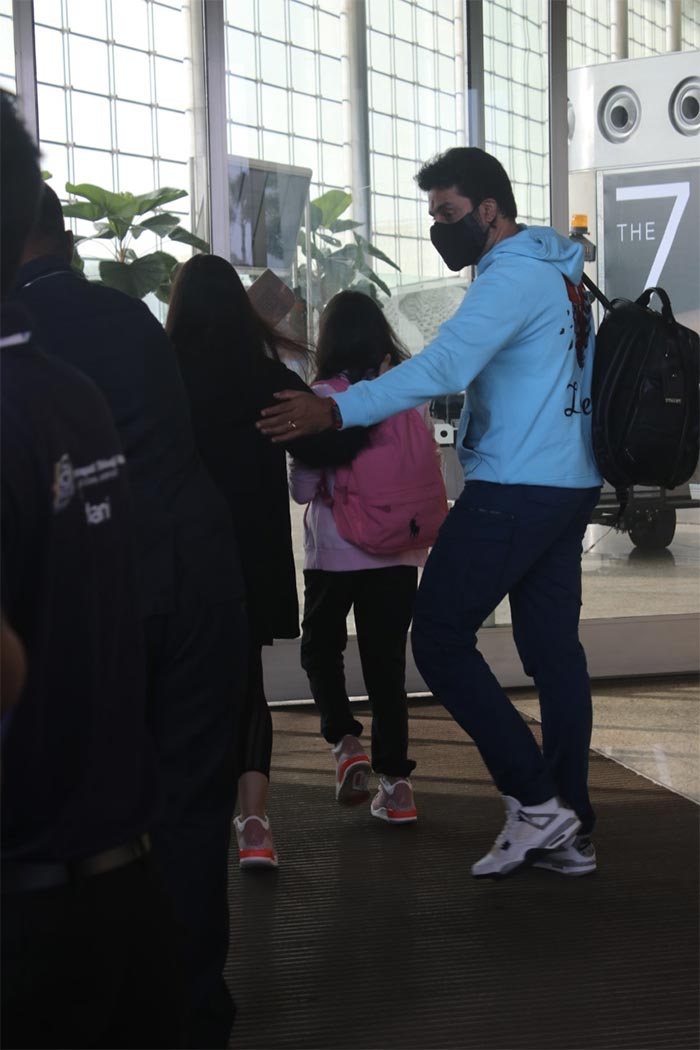 Abhishek with Aishwarya and Aaradhya at the airport.

Earlier this month, Aishwarya celebrated her 48th birthday and shared pictures on Instagram. The actress posted a happy picture with husband Abhishek Bachchan and daughter Aaradhya and she wrote: “I love you forever and beyond.” The former Miss World shared a super cute picture with her mother Brindya Rai and daughter Aaradhya and she captioned it: “Love you eternally. Thank you for your unconditional love and blessings.”

Abhishek and Aishwarya, co-stars of Umrao Jaan, Guru, Kuch Naa Kaho and Raavan among others, got married on April 20, 2007. The star couple will reportedly be seen sharing screen space in the Anurag Kashyap-produced Gulab Jamun. The couple welcomed their daughter Aaradhya in 2011.

In terms of work, Aishwarya Rai Bachchan, will next be seen in Mani Ratnam’s Ponniyin Selvan. She was last seen in the 2018 musical Fanney Khan, co-starring Anil Kapoor and Rajkummar Rao, which was a box office debacle. The actress also walked the ramp at the Paris Fashion Week last month.