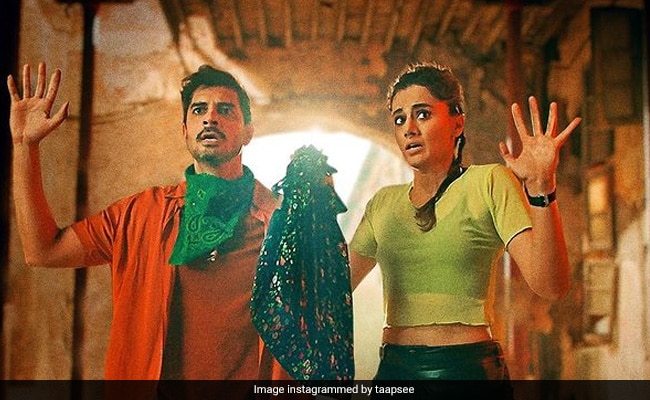 So the trailer of Looop Lapeta released on Thursday and it is gripping in every sense. So Savi (Taapsee Pannu) has to save the life of her “useless boyfriend” Satya (Tahir Raj Bhasin). Simple, right? Not really, because she has only 50 minutes to do it. Oh, and 50 lakhs and Satya’s life are at stake. Savi must must help her boyfriend in every narrative (you’ll know when you see) and the clock is constantly ticking. Savi’s desperate quest to save her boyfriend has different outcomes in different narratives (some nice, other’s dead on arrival). Not to mention endless sprinting, robberies, casino and some shooting in between. Let the loop of time begin.

Check out the trailer of Looop Lapeta here:

Looop Lapeta, a Hindi adaptation of German hit Run Lola Run, has been directed by Aakash Bhatia. In the original film, the lead actress was Franka Potente and Moritz Bleibtreu played the role of her boyfriend. Tahir will step into the shoes of Moritz in Looop Lapeta.

Run Lola Run, an experimental thriller, was Germany’s entry for the Oscars in the Best Foreign Language category in 1999. The film showcased three alternatives alongside Lola’s run (precisely twenty minutes to save her boyfriend’s life).