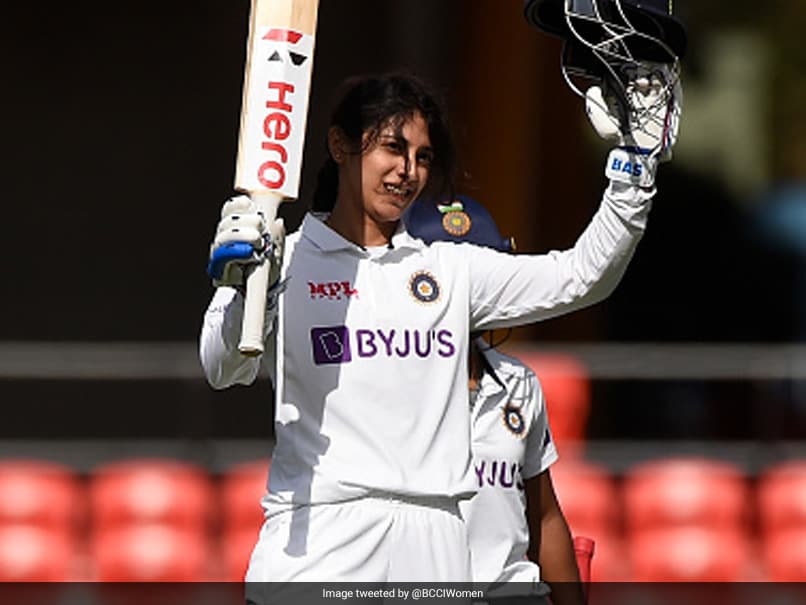 Rain wiped out a significant part of the second day’s play after India opener Smriti Mandhana stole the limelight with a magnificent maiden Test hundred in the historic women’s day/night match against Australia in Gold Coast on Friday. India were 276 for five in 101.5 overs when lightning forced the players indoors some time after the dinner break, meaning more than a session’s play was wasted due to inclement weather. The lightning was followed by rain, rendering the outfield wet. The Carrara Oval’s excellent drainage system notwithstanding, play could not resume as the outfield needed more than a few hours to dry, even after the super-sopper was employed by the proactive ground-staff.

The umpires inspected at 8.30 pm local time before arriving at the decision to call off the remaining day’s play, the second time after a similar experience during the opening day’s play on Thursday.

Deepti Sharma was batting on 12 and Taniya Bhatia was yet to open her account as the players walked off the field and covers were brought on.

There will be 108 overs bowled on each of the last two days of the match. India lost two wickets in the second session, including that of skipper Mithali Raj for 30 and debutant Yastika Bhatia for 19.

Mithali, who was looking good for a big one, was run out after playing a few lovely shots.

At the dinner break, India were strongly placed, having started the proceedings at 132 for one.

The 25-year-old Mandhana became the first Indian woman to hit a century in day-night Tests and also the first from the country to reach three figures in the game’s traditional format on the Australian soil.

Mandhana made 127 off 216 balls with the help of 22 boundaries and a six at the Carrara Oval, and added an Indian record of 102 runs in Australia for the second wicket with Punam Raut (36), continuing the good work after putting on 93 with Shafali Verma on the opening day.

She brought her century with a short-arm pull shot off Ellysse Perry in the 52nd over. Mandhana wouldn’t have added to her overnight score of 80 in the second over of Day 2 but Perry overstepped. Replays showed that the catch too might have been debatable.

The India opener, however, overcame the early jitters and went about her business in a professional manner while playing some lovely shots, including a magnificent straight drive off Annabel Sutherland.

She looked set for more but was caught at short mid-off off the bowling Ash Gardner, after playing an uppish drive.

Raut walked off after a caught behind appeal despite the umpire not entertaining Alyssa Healy and Meg Lanning’s loud shouts.

Mithali though got into the job straightaway, sweeping and driving Gardner for fours.