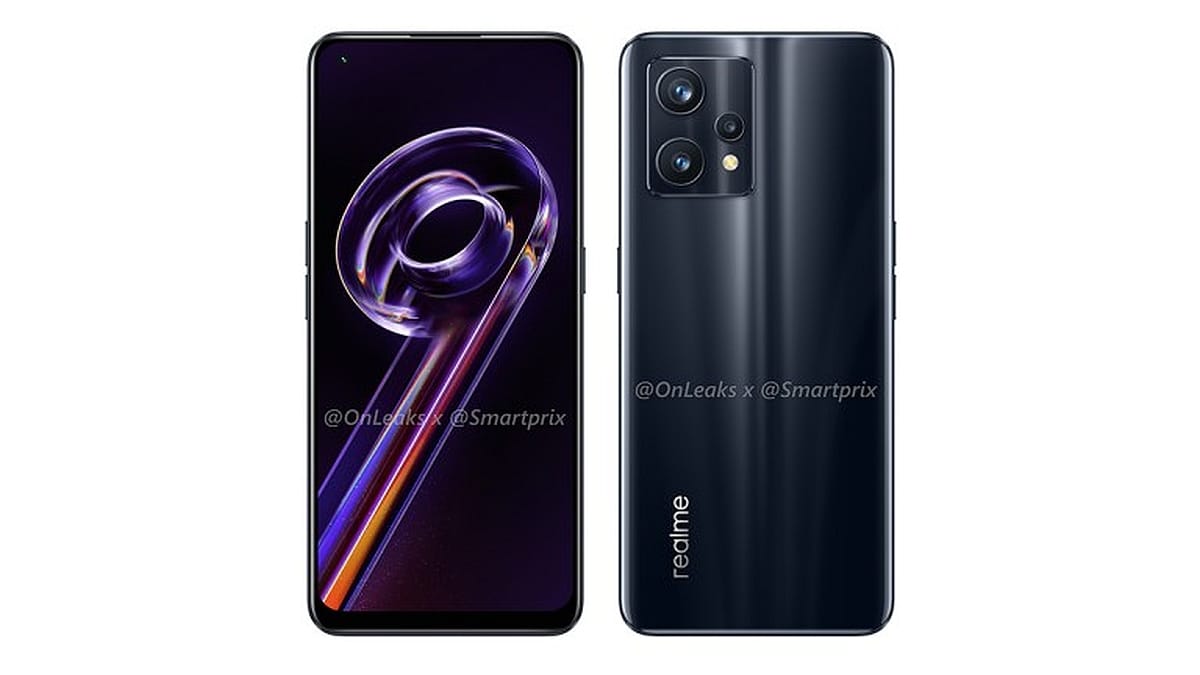 Known tipster Steve Hemmerstoffer, in collaboration with SmartPrix, has shared some fresh renders of Realme 9 Pro. As mentioned, the renders show a triple rear camera setup, housed in a rectangular camera module which also features an LED flash. At the bottom, the renders show the Realme branding. The upcoming smartphone is shown with a power button on the left spine and volume buttons on the right.

The front of Realme 9 Pro is shown with a flat display and thin bezels on three sides with a slightly thicker chin. The front is also shown with a hole-punch cutout placed on the top left corner, as is the case with most Realme smartphones. The upcoming smartphone’s renders show a Midnight Black colour option and the report mentions that it will also be offered in Aurora Green and Sunrise Blue colour options.

The report also mentions some key specifications of Realme 9 Pro. It is said to sport a 6.59-inch display with 120Hz refresh rate and an under-display fingerprint sensor. Under the hood, it is said to get a Qualcomm Snapdragon 695 5G SoC, paired with 6GB or 8GB of RAM and 128GB of onboard storage.

For optics, Realme 9 Pro is said to get a triple rear camera setup which comprises a 64-megapixel primary sensor, an 8-megapixel secondary, and a 2-megapixel tertiary sensor. At the front, it may get a 16-megapixel primary selfie camera. The Realme smartphone may pack a 5,000mAh battery with 33W fast charging support.

Realme India CEO Madhav Sheth joins Orbital, the Gadgets 360 podcast for an exclusive wide-ranging interview, as he talks about the 5G push, Make in India, Realme GT series and Book Slim, and how stores can improve their standing. Orbital is available on Spotify, Gaana, JioSaavn, Google Podcasts, Apple Podcasts, Amazon Music and wherever you get your podcasts.