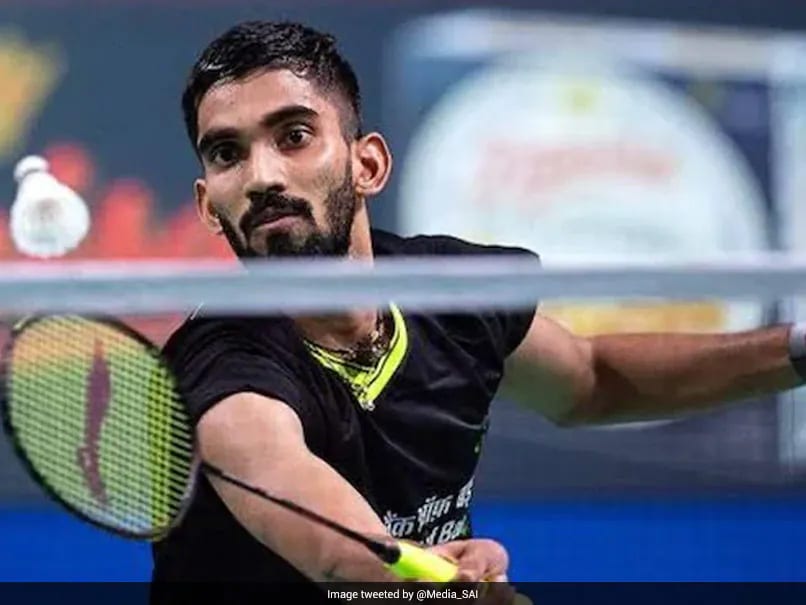 Indian shuttlers Kidambi Srikanth and HS Prannoy notched up contrasting wins to make a positive start to their men’s singles campaign at the Indonesia Masters Super 750 badminton tournament here on Wednesday. While Srikanth staved off a stiff challenge from world no 71 France’s Christo Popov 21-18 15-21 21-16 in an hour and 15 minutes, former world no 10 Prannoy saw off Malaysia’s Liew Daren 22-20 21-19 in the opening round. Former world no 1 Srikanth, who had claimed the Indonesia Open Super Series premier in 2017 at Jakarta, will face Indonesia’s sixth seed Jonatan Christie next.

Prannoy will be pitted against Olympic champion and second seed Viktor Axelsen of Denmark. In mixed doubles, the pairing of Dhruv Kapila and N Sikki Reddy produced a stunning 21-11 22-20 win over second seeds and world no 5 Indonesian duo of Praveen Jordan and Melati Daeva Oktavianti to also advance to the second round.

However, it was curtains for world no 16 B Sai Praneeth and former Commonwealth Games champion Parupalli Kashyap. While Praneeth, who played at the Tokyo Olympics, lost 21-16 14-21 20-22 to Shesar Hiren Rhustavito of Indonesia, Kashyap went down 10-21 19-21 to Denmark’s Hans-Kristian Solberg Vittinghus.

Among others, Venkat Gaurav Prasad and Juhi Dewangan also bowed out after losing 15-21 12-21 to Hong Kong’s Chang Tak Ching and Ng Wing Yung, while B Sumeeth Reddy and Ashwini Ponnappa lost 15-21 16-21 to sixth seeded Indonesian pair of Hafiz Faizal and Gloria Emanuelle Widjaja in another mixed doubles match.

Srikanth, who had reached the semifinals of Hylo Open, took some time to get into the groove as he lagged 2-8 at one stage. But the Indian scripted great recovery, turning the tables to reach 13-10.

Christo caught up with Srikanth at 18-18 but the Indian soon reeled off the last three points to gain an upper hand. In the second game, Christo jumped to a 4-0 start and swelled it to 11-6 at the break.

Srikanth grabbed four straight points to narrow the gap but the French shuttler kept his nose ahead to bounce back. Srikanth galloped to a 6-1 lead early on in the decider but Christo once again made it 12-13 but the Indian ensured their were no hiccups as he sealed the issue comfortably in the end.