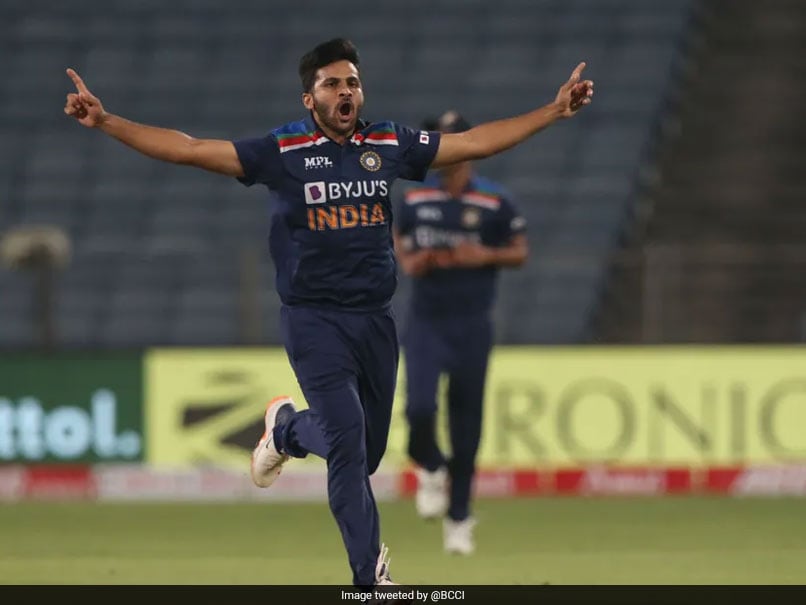 Chennai Super Kings all-rounder Shardul Thakur has been added to India’s squad for the T20 World Cup, scheduled to be held in the UAE and Oman from October 17 to November 14. Shardul has replaced Axar Patel in the squad, with the latter being moved into the stand-by players’ list, which also includes Shreyas Iyer and Deepak Chahar. Shardul’s inclusion in place of Axar is the only change to the squad, with Mumbai Indians all-rounder Hardik Pandya keeping his place despite concerns over whether he would be available to bowl following his recent recovery from injury.

In its press release confirming India’s squad for the tournament, the BCCI also named eight players who would assist the team in its preparations.

Earlier, India had named a preliminary 15-man squad for the upcoming T20 World Cup on September 8, in which Axar was part of the main squad while Shardul was named in the reserves.

Days later, India captain Virat Kohli took to social media to announce that he would be stepping down as the skipper of Team India in the shortest format of the game after the completion of the T20 World Cup.

India will begin their campaign with a high-octane clash against arch-rivals Pakistan at the Dubai International Stadium on October 24.

India’s next challenge will be against New Zealand at the same venue on October 31. The Virat Kohli-led side will then travel to Abu Dhabi to face Afghanistan on November 3.

India’s last two opponents for their Super12 stage games are yet to be decided. The winners from Group B from Round 1 and the runners-up of Group A will make it to India’s group from the qualifying stage for the Super12s.

Notably, former India captain MS Dhoni, who is leading Chennai Super Kings in the ongoing Indian Premier League, will be mentoring the team during the tournament.