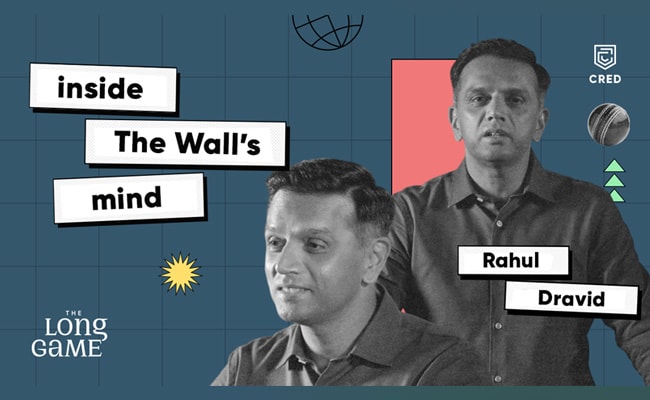 “Every champion was once a contender that refused to give up,” these famous lines from the blockbuster Sylvester Stallone movie ‘Rocky’ sets it up perfectly. Sports is a great teacher of life lessons and sportspersons are one of the biggest ambassadors of this message. In keeping with this spirit, CRED, the now famous and popular app which rewards its members for paying credit card bills on time, has launched a masterclass series ‘The Long Game’.

‘The Long Game’ is a six-part series where our beloved cricketers talk about their experiences on and off the field. The troughs and crests that they have gone through in their celebrated career and the learnings that they have had in their life while being involved in the sport are captured in the series.

The first episode of the series featured India’s 1983 World Cup-winning hero Mohinder Amarnath, and it has already been a hit with the fans as they lapped up the stories of “Jimmy Pa”.

The second episode of the series features one of India’s finest batsmen ever, Rahul Dravid. A gentleman cricketer to the core, Dravid was part of an Indian team that achieved great success. He scored 13,288 runs in 164 Tests at an average of 52.31. Dravid, nicknamed “The Wall” as he batted at the crucial number 3 position for India, slammed 36 centuries and 63 fifties during his emphatic career, which saw him finish as India’s second highest run-getter in cricket’s longest format behind his teammate and contemporary Sachin Tendulkar.

In the episode, Rahul Dravid takes a trip down memory lane as he talks about his first century in school cricket, when the newspapers got his name wrong and referred to him as “Rahul David.”
Here are some memories that he relives, sharing the lessons that he picked up from them:

Loss in Barbados early on in his career

He also talks about the disappointment of losing the Barbados Test in 1997, when India were bowled out for 81, while chasing a target of 120 to win and mentions the lessons that defeat taught him.

Dravid, who missed scoring a century on his Test debut at Lord’s by just 5 runs, also talks about the ecstasy of finally achieving the feat in 2011 when he scored a century at the proverbial “Home of Cricket”.

Dravid, who was labelled a Test match player early on in his career, showed great versatility as he became an integral part of India’s limited-overs team and scored 10,889 runs in ODIs. He was the highest run-getter in the 1999 ICC World Cup and showcased his traits of being a complete team player as he took over the additional burden of keeping wickets during the 2003 ICC World Cup to lend more balance to the team. Dravid’s efforts helped India reach the final of the tournament and that is a memory which he shared in the episode of ‘The Long Game’ as well.

As captain, Dravid guided India to landmark Test series wins in the West Indies and England after a gap of decades. He retired from international cricket in 2012 and has since been involved in shaping the future of Indian cricket, first during his stint at the National Cricket Academy and then as coach of the India A and India U-19 teams. Dravid has managed to create a strong pipeline of talented Indian cricketers who have gone on to represent the country and achieve laurels for the nation.

This episode of ‘The Long Game’ with Rahul Dravid will warm the cockles of the cricket romantic’s heart and will also serve as an inspiration for several budding cricketers and sportspersons.
It’s a series that brings out the stories of grit and persistence, of victory and defeat, and of the ability to keep learning from the challenges one encounters and the adventures one sets out for in their respective lives.

Through this series CRED wants its members to take inspiration from the learnings of these celebrated cricketers and set out on a path where they make the most of their respective lives.