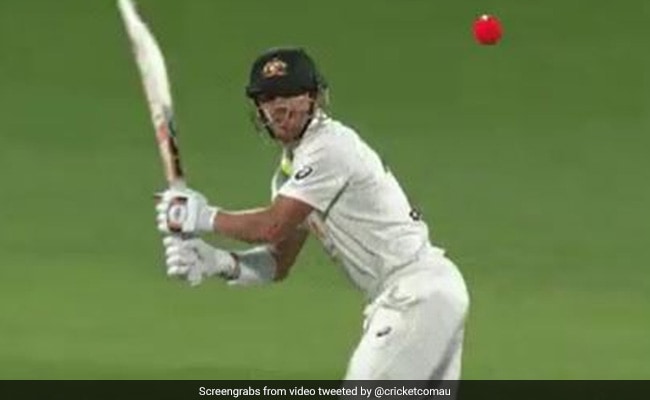 David Warner was dismissed for a pair – the second in his Test career – on Day 2 of the ongoing fifth and final Ashes Test against England in Hobart. In the first over of Australia’s second innings, Warner hit a wide Stuart Broad delivery in the air towards the point region, where Ollie Pope flew towards his right to take a brilliant catch. The Australian opener walked off with a wry smile on his face. Warner was dismissed for a 22-ball duck in Australia’s first innings by Ollie Robinson in this pink-ball day-night Test.

Watch: David Warner Out For A Duck As Ollie Pope Takes Stunning Catch

Flying to his right – Pope consigns Warner to his second pair in Test cricket! #Ashes pic.twitter.com/iB2nMBIt6l

Marnus Labuschagne was the next to go for 5. He was dismissed by Chris Woakes as England made a good start with the ball in the second innings. Australia, however continued to have an upper hand in the Test after yet another disappointing batting performance from England.

Australia took a sizable lead of 115 into their second innings after they bowled England out for 188 in the final session on the second day on Saturday.

England earlier dismissed Australia for 303 midway through the first session.

But they were unable to make an impression with the bat — their top scorer was number eight Chris Woakes with 36.

Skipper Pat Cummins was the pick of the Australian bowlers with 4-45. Mitchell Starc also chipped in with three wickets.

Australia have already retained the Ashes by taking an unbeatable 3-0 lead in the five-Test series. The hosts won the first three Tests quite comfortably before England managed to snatch a thrilling draw in the fourth Test to avoid a whitewash.