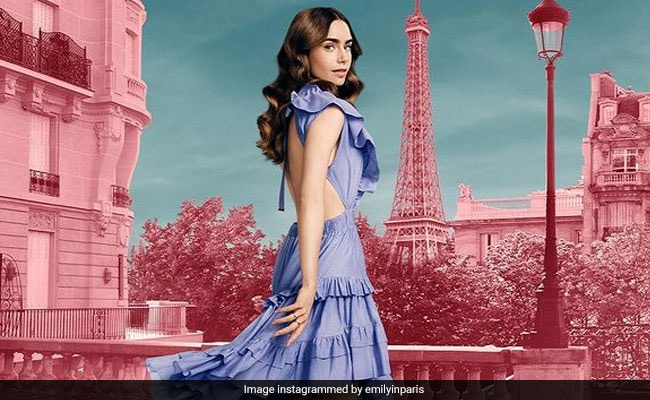 The second season of Emily In Paris dropped recently and received a range of reactions from the audience. While many called it plain old corny and clichéd, others thought that it was fun, easy on the eyes and the mind. But none of this negates the fact that Emily’s journey through Paris as a young woman passionate about her job is incredibly binge-worthy. With stunning visuals and beautiful clothes, Emily In Paris is perfect if you are looking for a show to watch – perhaps even roast – with your friends. If you loved Emily In Paris, OTT platforms are filled with shows that belong to the same genre.

Here’s a list of shows to add to your OTT watchlist, if you loved Emily In Paris.

Created by Mindy Kaling, The Mindy Project has the same exuberance and dramatic overtones as Emily In Paris. The show follows Mindy Lahiri, an obstetrician – gynaecologist, as she tries to strike a work-life balance in a small medical practice in New York.  She is surrounded by a host of quirky co-workers and friends much like the premise of Emily In Paris.

Unlike Emily, who doesn’t seem to have issues buying one designer outfit after another, the girls in this series are broke as the title suggests. Set in New York, the sitcom traces the journey of friends Max, who grew up in poverty and Caroline, the daughter of a billionaire. As circumstances throw them together as co-workers in a local diner, they two grow into a formidable force as friends and business partners.

When a slip up at the gynecologist leaves a devout 23-year-old Latina virgin pregnant through accidental artificial insemination, her world turns upside down. The romantic-comedy series follows Jane’s incredible journey as a mother and also a woman having to choose between two (very good eligible) suitors.

This shows needs no introduction. Through six seasons and two films, the series follows the characters Carrie Bradshaw, Samantha Jones, Charlotte York and Miranda Hobbes as they traverse their personal and professional lives in New York City. With the show’s reboot, And Just Like That…, airing currently this may be a good time to binge-watch the show.

What happens when an introvert develops the ability to hear the innermost thoughts of people around her as songs. This is what happens in Zoey’s Extraordinary Playlist, with each episode featuring multiple song-and-dance numbers thanks to Zoey’s unique ability.

Tell us your pick from the list in the comments.